These terms and conditions for affiliates consist of version 3.0 of the ‘standard IAB terms and conditions for internet advertising for media buys one year or less’, with the addition of appendix 1. This is a copy of our 2016 T&C that was previously found on wdigital.hasoffers.com/terms and are the same terms affiliates agree with upon signing up for our tracking platform at network.w-digital.net.

Our advertiser terms and conditions can be found here 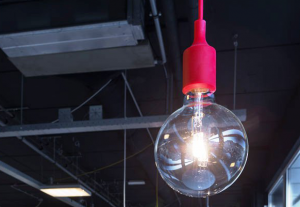 These Standard Terms and Conditions for Internet Advertising for Media Buys One Year or Less, Version 3.0, are intended to offer media companies and advertising agencies a standard for conducting business in a manner acceptable to both. This document, when incorporated into an insertion order, represents the parties’ common understanding for doing business. This document may not fully cover sponsorships and other arrangements involving content association or integration, and/or special production, but may be used as the basis for the media components of such contracts. This document is not meant to cover the relationship between a publisher and a network, or direct advertiser buys with publishers.

Definitions “Ad” means any advertisement provided by Agency on behalf of an Advertiser. “Advertiser” means the advertiser for which Agency is the agent under an applicable IO. “Advertising Materials” means artwork, copy, or active URLs for Ads.
“Affiliate” means, as to an entity, any other entity directly or indirectly controlling, controlled by, or under common control with, such entity.
“Agency” means the advertising agency listed on the applicable IO.
“CPA Deliverables” means Deliverables sold on a cost per acquisition basis. “CPC Deliverables” means Deliverables sold on a cost per click basis. “CPL Deliverables” means Deliverables sold on a cost per lead basis.
“CPM Deliverables” means Deliverables sold on a cost per thousand impression basis.
“Deliverable” or “Deliverables” means the inventory delivered by Media Company (e.g., impressions, clicks, or other desired actions).
“IO” means a mutually agreed insertion order that incorporates these Terms, under which Media Company will deliver Ads on Sites for the benefit of Agency or Advertiser.
“Media Company” means the publisher listed on the applicable IO.
“Media Company Properties” are websites specified on an IO that are owned, operated, or controlled by Media Company.
“Network Properties” means websites specified on an IO that are not owned, operated, or controlled by Media Company, but on which Media Company has a contractual right to serve Ads.
“Policies” means advertising criteria or specifications made conspicuously available, including content limitations, technical specifications, privacy policies, user experience policies, policies regarding consistency with Media Company’s public image, community standards regarding obscenity or indecency (taking into consideration the portion(s) of the Site on which the Ads are to appear), other editorial or advertising policies, and Advertising Materials due dates.
“Representative” means, as to an entity and/or its Affiliate(s), any director, officer, employee, consultant, contractor, agent, and/or attorney.
“Site” or “Sites” means Media Company Properties and Network Properties.
“Terms” means these Standard Terms and Conditions for Internet Advertising for Media Buys One Year or Less, Version 3.0.
“Third Party” means an entity or person that is not a party to an IO; for purposes of clarity, Media Company, Agency, Advertiser, and any Affiliates or Representatives of the foregoing are not Third Parties.
“Third Party Ad Server” means a Third Party that will serve and/or track Ads.

In the case that there is a conflict between the above ‘IAB Standard Terms and Conditions Version 3.0’ and this appendix, the Terms from this appendix shall prevail.